Speed up your home sale by preparing your home ahead of time using the following tips. Your home inspection will go smoother, with fewer concerns to delay closing.

Checking these areas before your home inspection is an investment in selling your property.   Your real estate agent will thank you!

Home constructed prior to 1965 in the United States may still be equipped with the original style two pin ungrounded outlets. Ungrounded receptacles are less safe than modern grounded system three-pin receptacles. If current leaks to metal, unintended current paths in appliances, or the house systems, the energized component or appliance can increase the risk of electrical shock and fire. A grounded electrical system and receptacles provides increased protection against electric shocks, fire, and also decreases the risk of damage to appliances in case of a ground fault-current leaking outside the intended path.

The ungrounded two-pin receptacles are outdated by modern standards, and do not provide a path for static electricity for modern computerized components and most surge protectors will not work on two pin receptacles. Some homeowners use a two to three pin adaptor known as “cheater plug” as a quick alternative to installing grounded receptacles. However, this does not provide complete protection similar to properly installed grounded outlets. Another common layperson practice is replacing ungrounded  tow-pin receptacles with modern receptacles that have a third slot for the ground pin, but with no equipment grounding conductor connected to the new receptacle. This displays a false indicator of safety and does not provide adequate protection from the risk of electrical shocks and fire.

Installing three-pin receptacles and completely re-wire the electrical system so that a path to the source via equipment grounding conductor is provided to the receptacle.

Installing GFCI’s (ground-fault circuit interrupters) in the home. These three-pin devices can be installed in place of two pin receptacles a the receptacle itself of upstream. GFCI’s will provide additional protection against electric shocks even if you do not re-wire your home. If not grounded, GFCI devices and the protected receptacles are required to be labeled “no equipment ground.” These labels normally come with the devices. Note that ungrounded three-pin GFCI receptacles do not provide a path for static electricity or surge protectors. Be sure to utilize devices designed for two-wire ungrounded systems.

Homeowners should never attempt to modify electrical wiring of the home themselves if there is any question regarding proper procedures or parts. Electrical work should only be done by qualified and licensed electricians, and in some cases local regulation requires it. Any attempt to “ground” the receptacles to a grounding electrode rod, the neutral conductor, or metallic water line can be dangerous. Most any electrical modification will require that you obtain a municipal permit from your local building and safely department, and have an inspection by the municipal inspector. 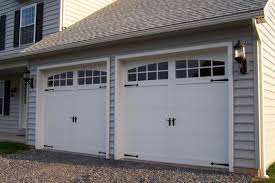 Garage vehicle doors are a large moving object and it is essential that they be well maintained and in good working condition. Regular maintenance of your garage doors not only extends the life of the garage door but also ensures reliable, quiet, and safe operation of the door. Many homeowners opt for regular inspection and maintenance of vehicle doors by a qualified professional due to their size and complexity. Here are some of the important steps that you can take to keep your garage doors in good working condition. 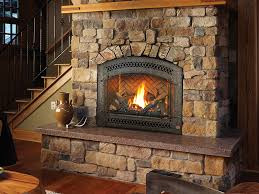 A fireplace can provide warmth to a room and can increase aesthetic appeal. Here are some tips to ensure that your fireplace remains in good working condition and keeps burning safety. 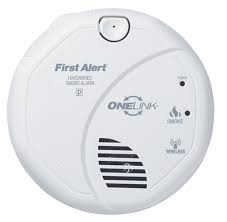 Smoke and carbon monoxide alarms are essential home safety equipment that help minimize the risk of smoke and poison gas to humans by alerting their presence. Here are some tips to ensure that your alarms remain in good working condition.

Old-school ribbed or flexible ducts are a bad idea. Flex hose can tear on nails or become compressed, kinked, or bent. It’s also dangerous : in dryer exhaust ducts, lint can collect inside the ribbing and cause a fire.

The best exhaust paths are made using solid, smooth ducting. Ideally, you want metal ducting that vents directly to the outside in as short and straight a run as possible. That way, the fan will work efficiently. If the exhaust duct has to make a lot of turns or go a long distance, you may need a fan with a larger capacity. I ducts run through unheated spaces, make sure the ducts are insulated and securely sealed at every seam. Without this, the cold air surrounding the ductwork will cause condensation and leaks.

Clothes dryer have an exhaust duct that lets the warm, moist air and lint from the dryer escape to the outside of the home (never vent it into an attic or crawl space –guaranteed mold and damage). The problem is the exhaust duct gets clogged. The lever of clogging varies between types of dryers and manufacturers, and depends on how often the duct is cleaned. (You do clean your dryer exhaust duct, right? I recommend it at least once a year) If your get a blockage, you’ve got a risky situation. When hot exhaust passes through a duct caked with all those bits of lint, it could end up triggering a house fire.

The other issue is lint gets past the dryer screen and gets caked on the inside of a dryer’s exhaust and flex tubes. Fabric softeners, dryer sheets, and anti-static products can make the problem even worse. The lint buildup reduces the performance and efficiency of your dryer–which means you’re paying more for it to work less effectively — and you’re increasing the risk of a lint fire. Do yourself and your family a big favor and use smooth, rigid metal ducting. Don’t connect it with screws because they poke through on the inside and catch lint.

END_OF_DOCUMENT_TOKEN_TO_BE_REPLACED

For decades, realtors have talked about “curb appeal” when rating a house’s attractiveness to buyers when they first drive up to it. It’s a quality that can be seen from the street, and can either captivate potential buyers or discourage them from even setting foot in the house. Curb appeal is important not just for…

END_OF_DOCUMENT_TOKEN_TO_BE_REPLACED

Make Your Existing or Future Home a Greener Place to Live THE RIGHT SITE A site with smart landscaping is important to help make your home comfortable, affordable and attractive. Water-efficient bermuda or buffalo grass is planted in sunny areas. Plants, shrubs and trees that grow successfully in Northern California. Gutters and downspouts direct water…

END_OF_DOCUMENT_TOKEN_TO_BE_REPLACED 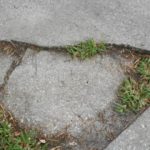 END_OF_DOCUMENT_TOKEN_TO_BE_REPLACED

Latest from the Blog 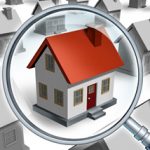 The California Real Estate Inspection Association (CREIA) advises homeowners and home sellers to consider a “physical home check up” to ensure that they are fully informed on the current conditions and components of their home. A home that has not been recently inspected may have undiscovered, minor or major maintenance items that could lead to…